Currently SoftNis has more than 4,000 unique Noun modifier combination in the dictionary. The Noun modifier dictionary is a two-tiered classification schema with consistent naming convention. Each Schema consists of Noun/Class and Modifier/Sub-Class with associated characteristics that describes the general part attributes.

Each noun modifier is having minimum of 8 attributes and maximum of 27 attributes with attribute type, descriptions, sample values, Unit of Modifiers and attribute priority. As per each client's requirement, the Noun-Modifier Dictionary can be modified and/or rearranged as needed. 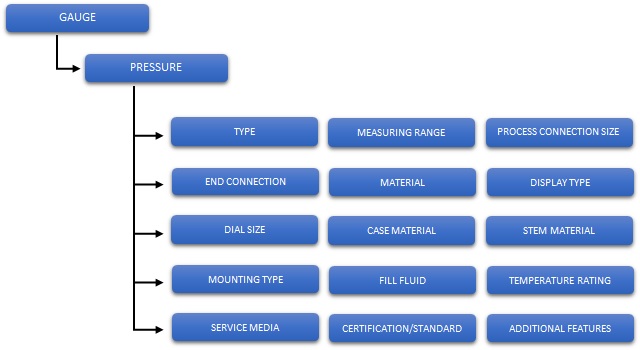 Base Unit of Measure (UoM)

The abbreviations are the standard short form representations of the Noun, Modifier, attribute name and values. The abbreviated names are used to generate the short description with the intention of accommodation of more values. Example:

Complete specification of material is captured as per the schema from the manufacturer’s website or catalog.

The UNSPSC is a global reference taxonomy or classification framework for all products and services. The UNSPSC is a hierarchical classification, having four levels namely, Segment, Family, Class and Commodity. Each level contains a two-character numerical value and a textual description.

Product Data Deduplication is a process of identifying and eliminating redundant items. Duplicate Items are identified based on same manufacturer and part numbers, or may be different manufacturer but same functionality.